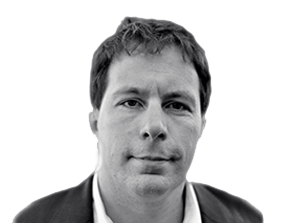 Mobile World Congress is a difficult show to beat, with over 90,000 industry professionals descending on Barcelona to learn about, experience and embrace all things mobile.

This year my attention was drawn away from the handset launches that have dominated in previous years by two main elements virtual reality and, as ever, the immense potential of data.

Virtual reality has been touted as the next big thing in consumer technology for years, but it’s never managed to take a firm hold on our lives. This year, with Samsung’s Virtual Reality roller coaster taking centre stage, VR finally seems to be within touching distance.

Compatible with the high-end Samsung Galaxy S7 and S7 Edge, the new Gear VR means that virtual reality has become readily available for consumers and brands for the first time. The introduction of the Gear 360o camera means that 360o video footage can be produced by the average user, ensuring it will definitely be on brands’ radar in the coming months.

While every day implementation of virtual reality is still a little way off, as it is only widely available through Samsung hardware, elements of VR can be incorporated into the everyday mobile experience. 360o video advertising formats have already been launched, where users can immerse themselves into different environments through their smartphones. By using the innate mobility of mobile devices, it’s possible for users to look round the back stage of a Coldplay concert, explore the summit of MT. Everest or simply drop in at a friend’s party on the other side of the world.

For brands the new 360o technology offers exciting prospects for their content and advertising strategies. A real estate company can serve an advert for a particular house and allow users to check out the street it’s on. Travel agencies can let their audience explore a hotel or cruise ship, film studios can offer behind-the-scenes tours where the user is in control. By offering users this added value, they become far more valuable as a brand.

Data isn’t a new subject to be covered at Mobile World Congress, but each year the extent of its potential reveals itself a little more. This year the impact location data from mobile devices can have on the entire advertising spectrum really became apparent.

There is far more to location data driven advertising than serving users with a voucher for coffee as they walk past a Starbucks. This is as primitive as location data gets and while it can be effective, is not the only way advertisers should be using this information.

The real value in location based data is in the profiles that can be built of users. For example, a user visits a school location twice a day, five times a week. Chances are that this person is a parent, so an advert promoting the latest family film or summer holiday offer are probably relevant. If a user visits the same car dealership five times in a row then they could be looking to buy a car, but more likely it’s their place of work and so a car advert is not the best use of the impression.

These location profiles should not just be used to inform targeting on mobile, but across the whole advertising spectrum. By using this data well, advertisers can ensure they are only reaching users who are relevant to them, with advertising that is interesting for the user.

The mobile landscape moves at an astonishing rate, ideas that seem like they might never come to fruition become next year’s must-have tech, while massively hyped concepts disappear into the ether, unable to take hold. It’s difficult to predict what we will be discussing after MWC in 12 months time, but until then we should be keeping a close eye on the possibilities of virtual reality, 360o  advertising and data.